An incredible birthday event was held in Loreto the past few days, the theme chosen by the client was : Rome & Gladiators!!  Cabo Fine Entertainment had the mission of bringing the best local artists from Los Cabos to recreate a great roman show with best choreographies and staging of an exclusive performance. 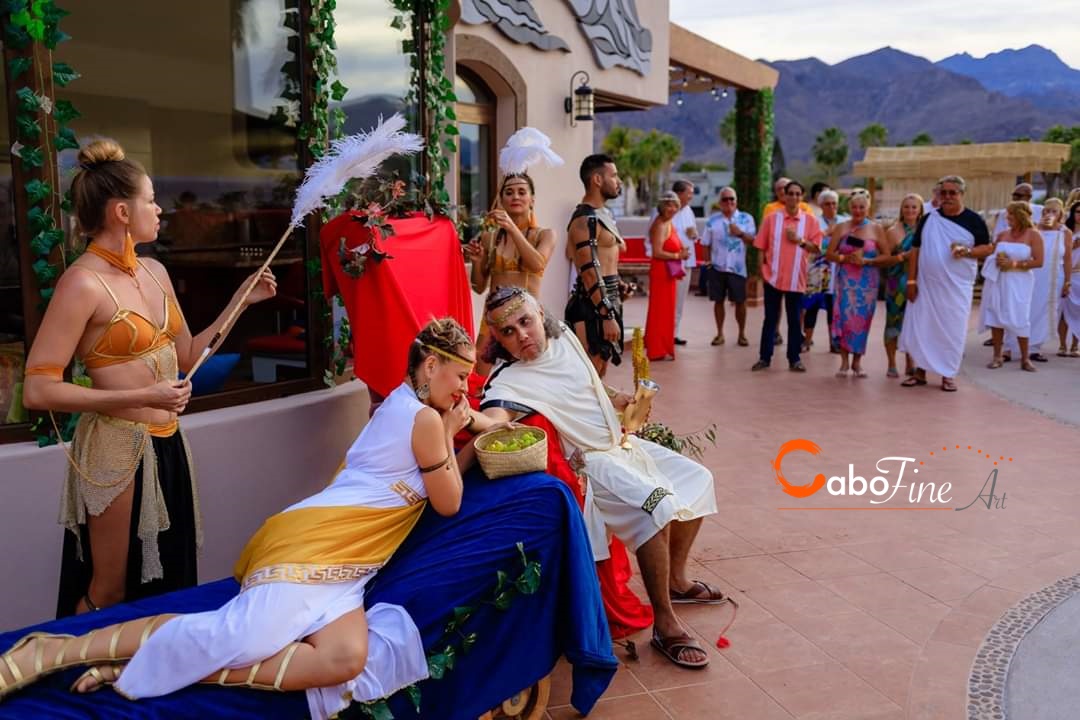 In this amazing private event , all the guests were characterized according to the roman era:  roman soldiers, aristocrats, roman goddesses , are some of the outfits that the guests boasted. 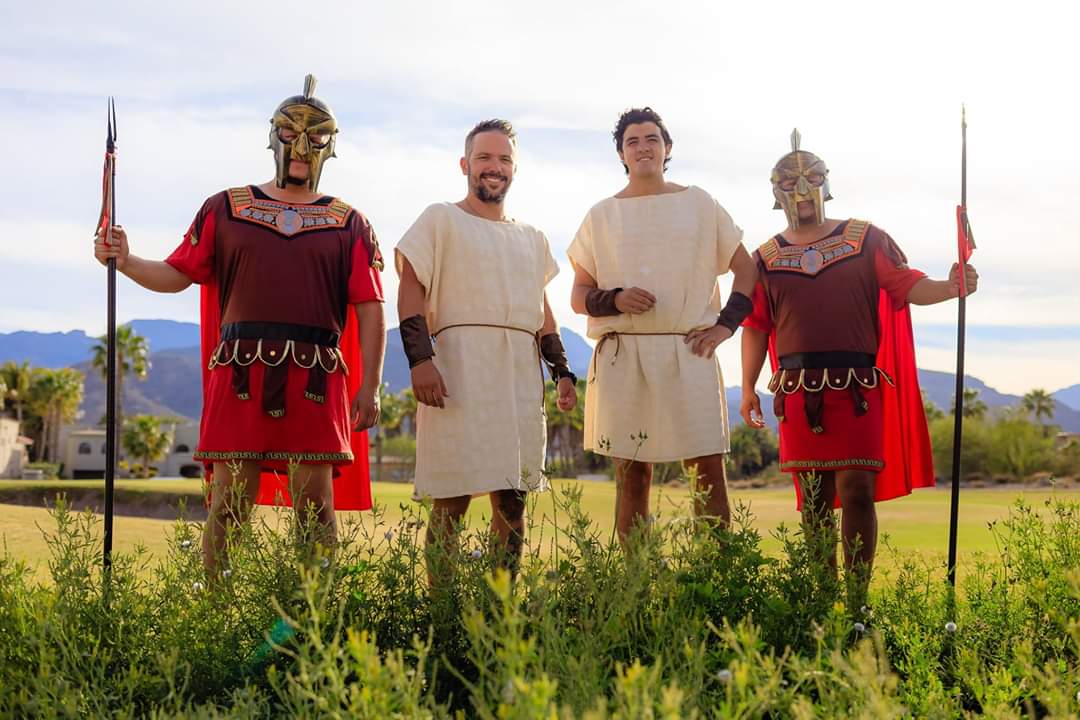 In the cast of artists we had : a talented juggling joker, beautiful slaves, a damsel in distress, gladiators, soldiers and of course: the inevitable CESAR.

Cesar through excellent acting convinced everyone to have been the perfect villain. 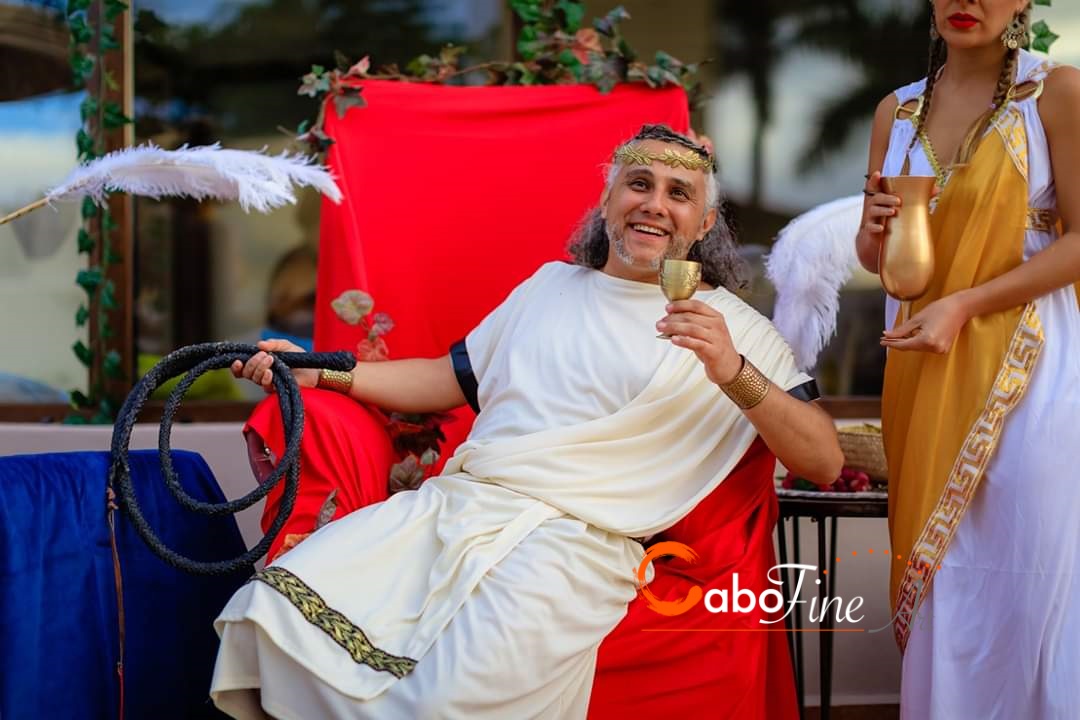 Starting the entertainment,each of our Cabo artists performed their different talents: juggling, dance , acting, all the happenings were carried out , within the framework of the thematic context. 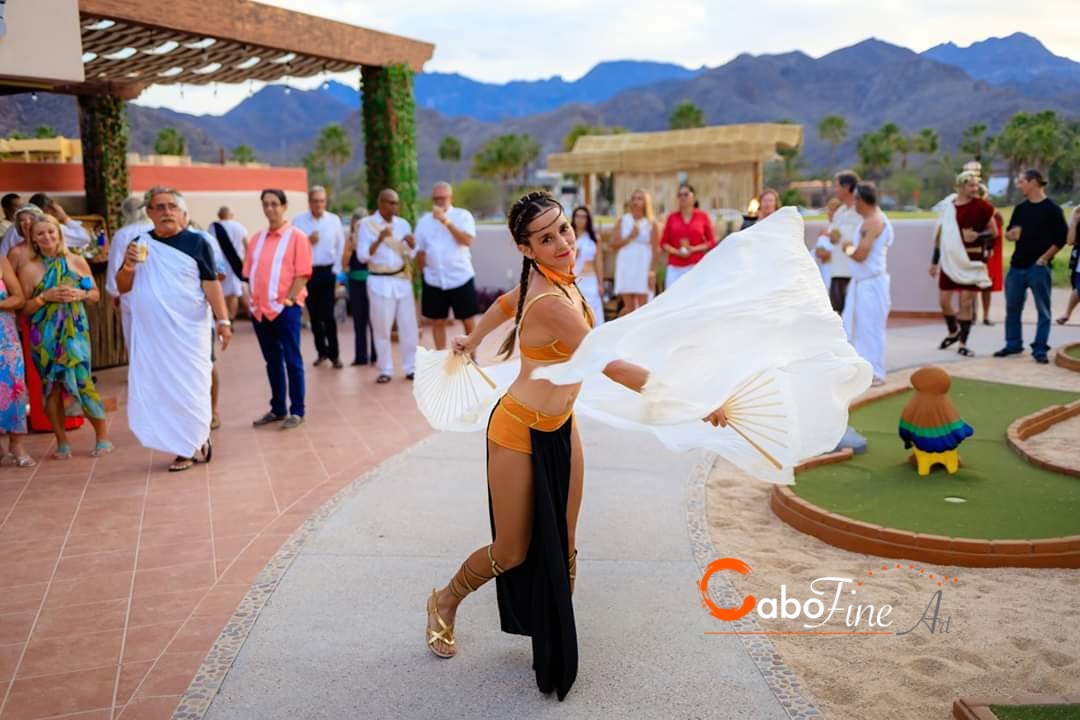 The audience loved the joker! for his singular skill and sympathy character ,added to the compassion he inspired when demanded by the evil Cesar. 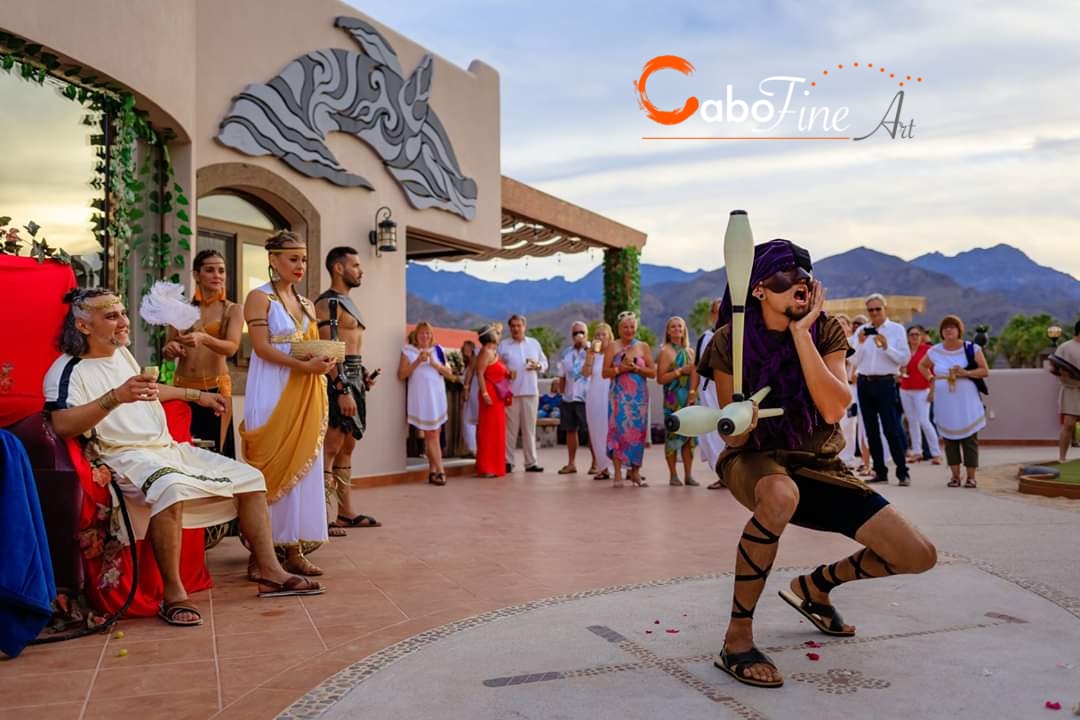 After the welcome reception event at the cocktail time, the guests were escorted by Cesar subjects to the dinner and invited by the Cesar himself to dine, drink and enjoy at the event. 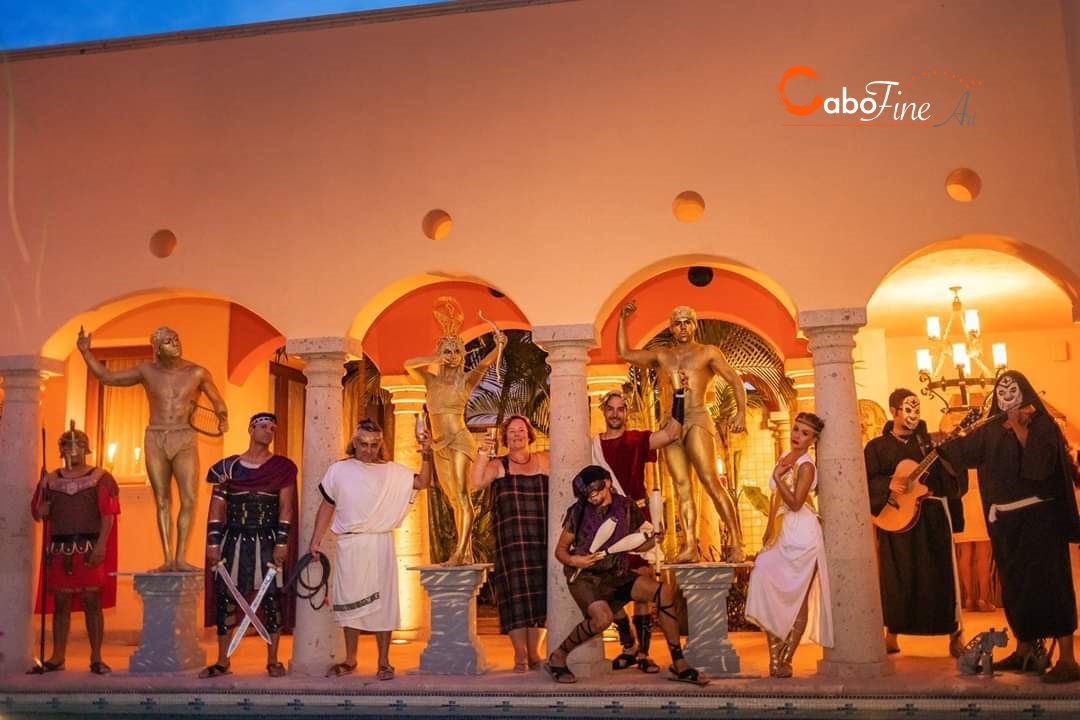 Cabo fine productions prepared as a surprise in the middle of the walk, some incredible golden statues of roman gods. 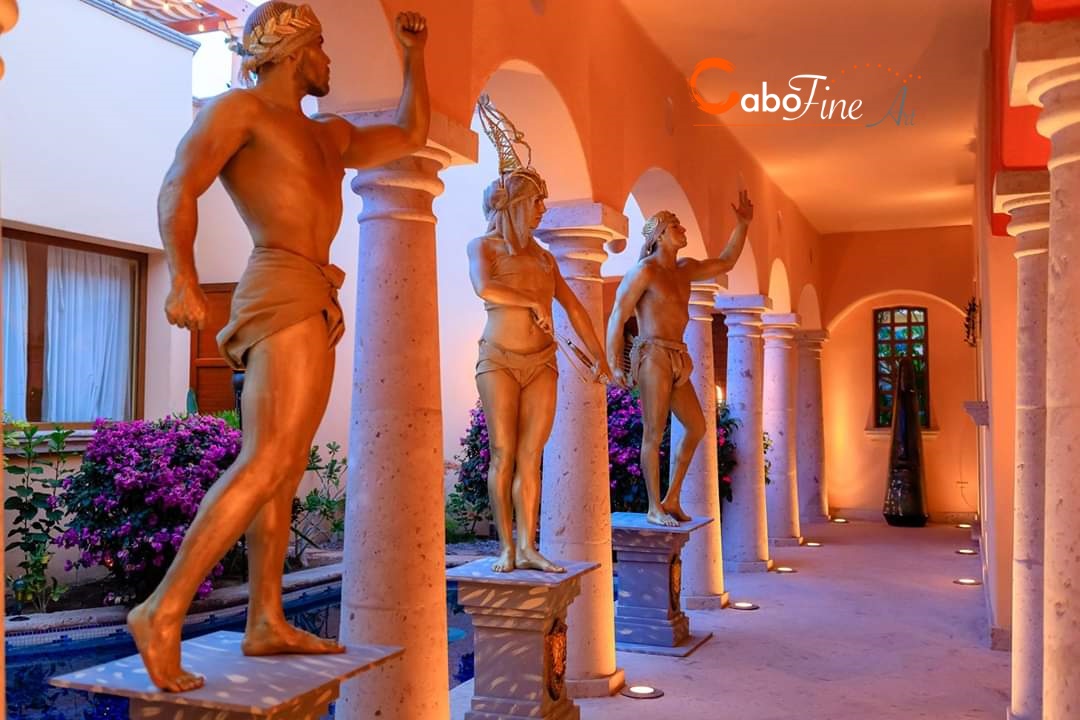 Perfectly adorned in a gold spectacular fine body painting , the statues were a hit at photo time. 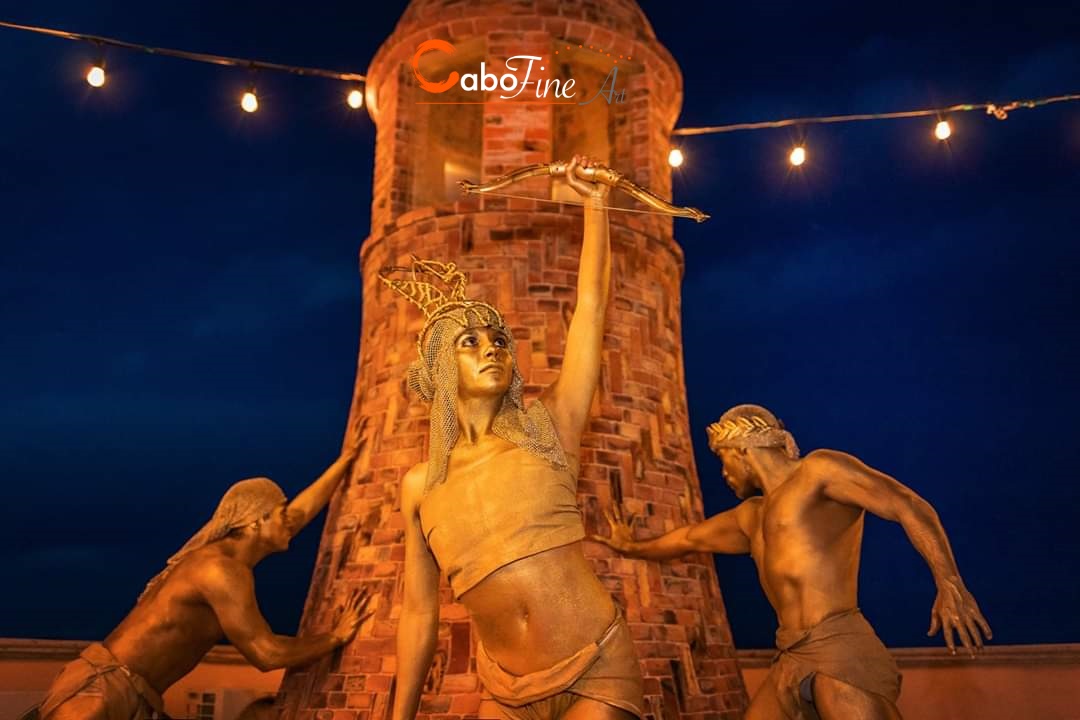 After dinner it was time of the most important central show of the night. Once at the beach ,we started the show with a performance of the beautiful slaves and damsels, also a romantic story unleashed between a gladiator and damsel gave rise to a spectacular acrobatic dance act .

A fire dancers choreography caused an impression among the guests who closely followed the entire Cabo Fine performance. 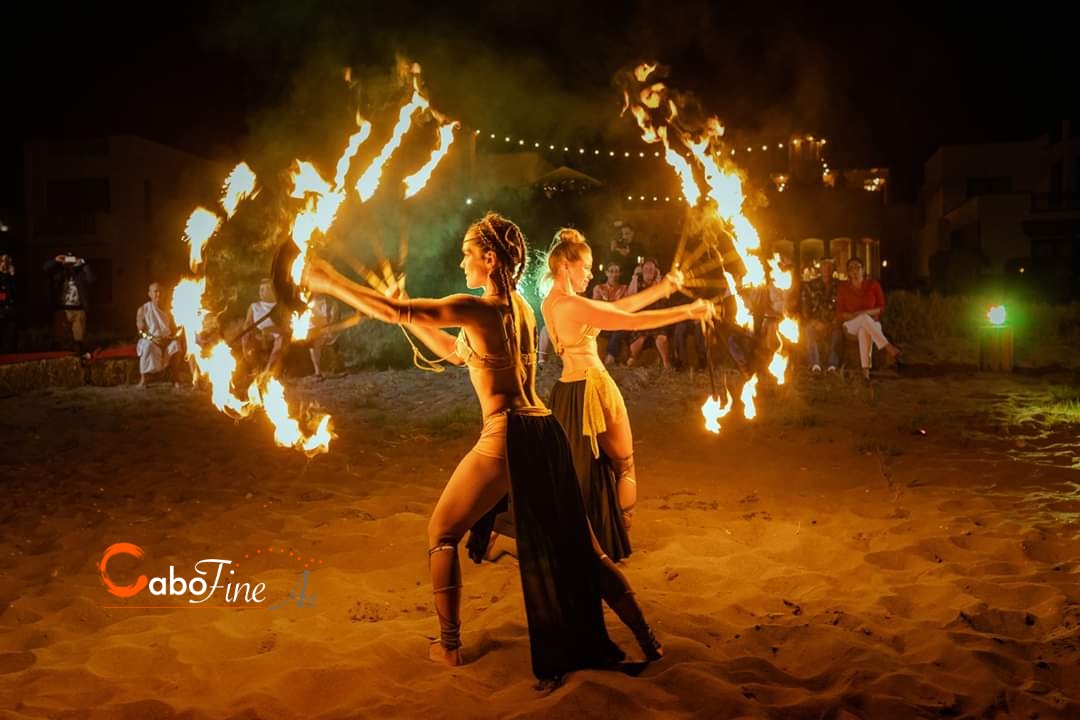 Finally the most awaited moment: the battle between the rebel gladiators and the soldiers of Cesar. 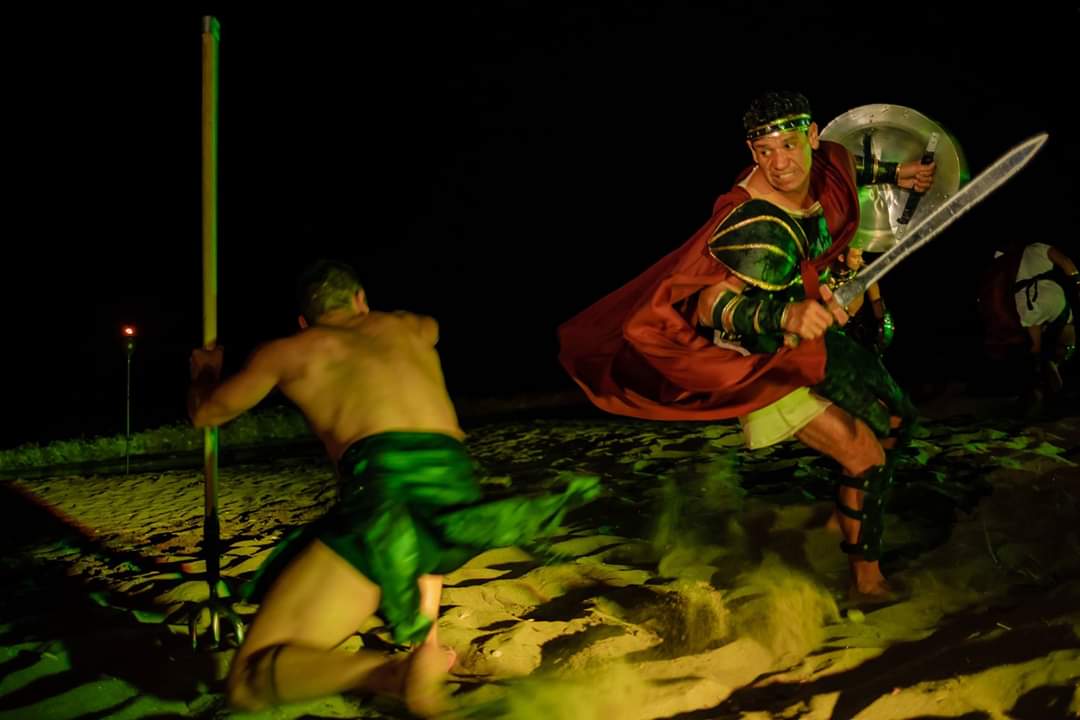 We can not said , who won the battle, and what happened with Cesar,that is a surprise that you have to discover when you come to Los Cabos and visit Cabo Fine to design your show and your thematic private or corporate event. 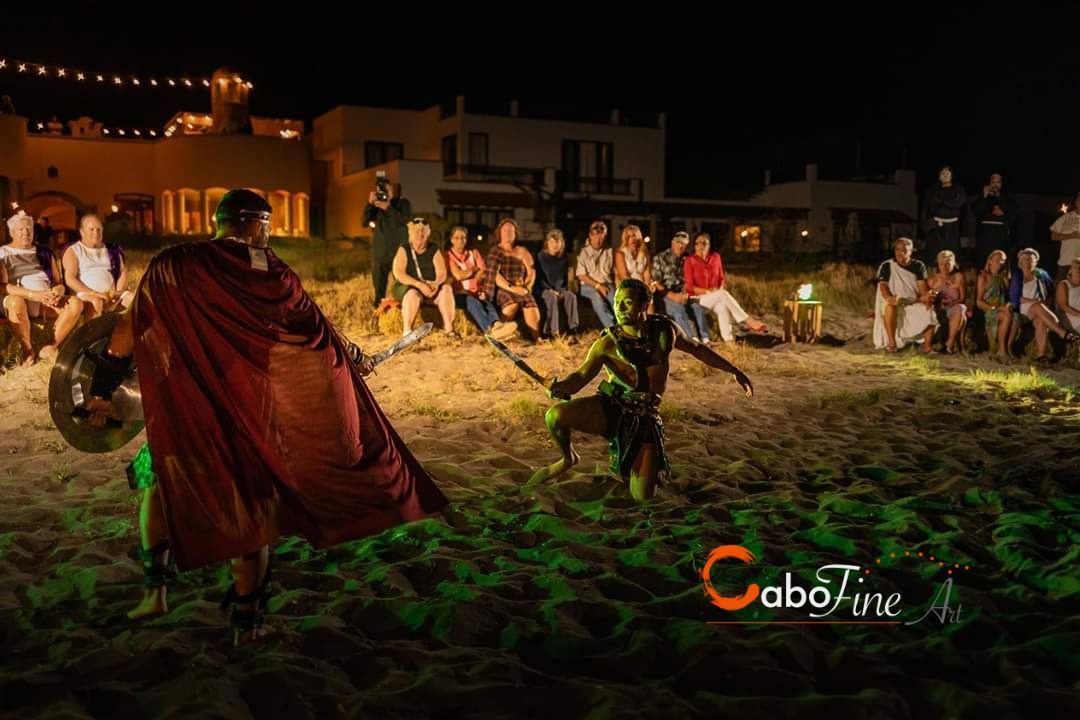